Who are Peak Tours?

Peak Tours was established by Steve Coackley in 2007. Born and bred in the High Peak or Dark Peak area of the Peak District Steve has walked and cycled extensively throughout the Peak District for many years. Prior to setting up Peak Tours Steve cycled around the world on an unsupported trip along with three friends from Scotland, China & Australia. The journey took Steve through Europe, Russia, Kazakhstan, China, USA & Ireland covering 12,700 miles in eight months. All travel by land was by bike and the group carried everything they needed to be self sufficient. Apart from getting arrested in the Xinjang autonomous region of Western China on suspicion of being spies the tour was generally trouble free. On returning home Steve left his career in finance to work as a tour leader for the adventure travel company Explore Worldwide, leading walking & cycling tours in Turkey, China, India, Poland, Ukraine, Macedonia, Greece, Finland & Bulgaria.

After working with Explore, Steve founded Peak Tours which provided Cycling & Walking Holidays in the Peak District and also Cycle Hire in the Peak District. In 2010 Steve and his small team did their first Lands End to John o’Groats Cycle tour quickly followed by the Coast to Coast tour. Over the next few years they provided more and more LEJOG tours and also added the Way of the Roses route. They soon realised that people had such a good time on the LEJOG tours that they wanted similar holidays run in the same way and so the idea behind the Dover to Durness tour was born (opposite two corners to the LEJOG). In 2014 they ventured abroad and started the Moselle to Mozart Cycle in Germany & Austria and then in 2015 they started the extremely popular Channel to the Med tours from one end of France to the other. Each year they continue to research and add new tours to their repertoire and thoroughly enjoy meeting all the new people who join the Peak Tours caravan and also catching up with those long serving cyclists who keep coming back for more and have become good friends.

After working as a ‘one man band’ for many years Steve soon realised that he needed help with the running of the business and also needed more and more guides to lead the tours. Now with three full time staff and over thirty guides, Peak Tours continues to grow and there are many new tours in the pipeline so watch this space!

Cycling mad Graham is in his element when he is on his bike or fixing them. As well as leading numerous Peak Tours Graham is also the Peak Tours in house bike mechanic and when not leading tours or delivering first aid courses he can often be found in our workshop tinkering with something or other. 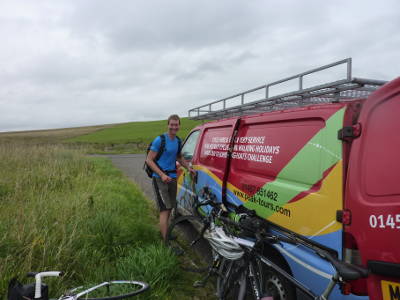 I am married with two grown up children and one granddaughter. I have been cycling for over forty years and cycle with Clitheroe Cycling Club.  I have been going on touring holidays in the UK and Europe riding tandems and solo bikes for the last eighteen years.  To mark a significant birthday I decided to ride the LEJOG with Peak Tours.  Since then I ridden the inaugural Moselle to Mozart and Channel to Med tours.  On the Channel to Med tour I asked Steve if I could join the team as a Guide. Steve gave me my first tour guiding the Moselle to Mozart last year and has signed me up to do three more trips this year. I am really looking forward to meeting old and new friends this summer on tour. 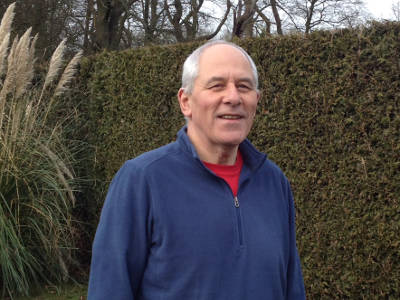 I have worked at peak tours since 2015, working mainly in the office to help keep things ticking over and occasionally being let out of my cage to help as a guide on tours if I am good. Before working here I have had a pretty varied past work wise having spent 3 years working on Windermere as a ranger and before that I lived in the Netherlands for 8 years working as a manager at Nike where I also met my wife-to-be cunningly disguised as a barmaid at the local pub. Before that I was a lifeguard, swimming teacher and bar manager, I very clearly have a low threshold for dealing with repetition… I spend any free time I have, and a lot where I really should be doing other things, outdoors either trekking and/or wild camping. The outdoors is my happy place. I have known Steve, the boss, for many years and luckily for me I was available when he needed some help and I hope he will continue needing my help for a long time to come. 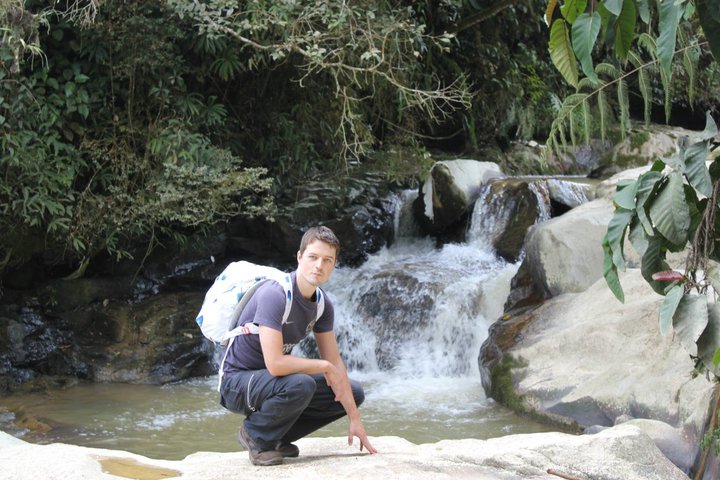 Our most experienced guide Nigel has led numerous tours including the Lands End to John o’Groats, Dover to Cape Wrath, Way of the Roses, Coast to coast, Mizen Head to Malin Head and was instrumental in setting up our popular Channel to the Med tour. A true Francophile Nigel is most happy when cycling through the splendid French countryside and enjoying life’s simple pleasures. Nigel is passionate about tour leading and is an extremely valued member of the Peak Tours team. 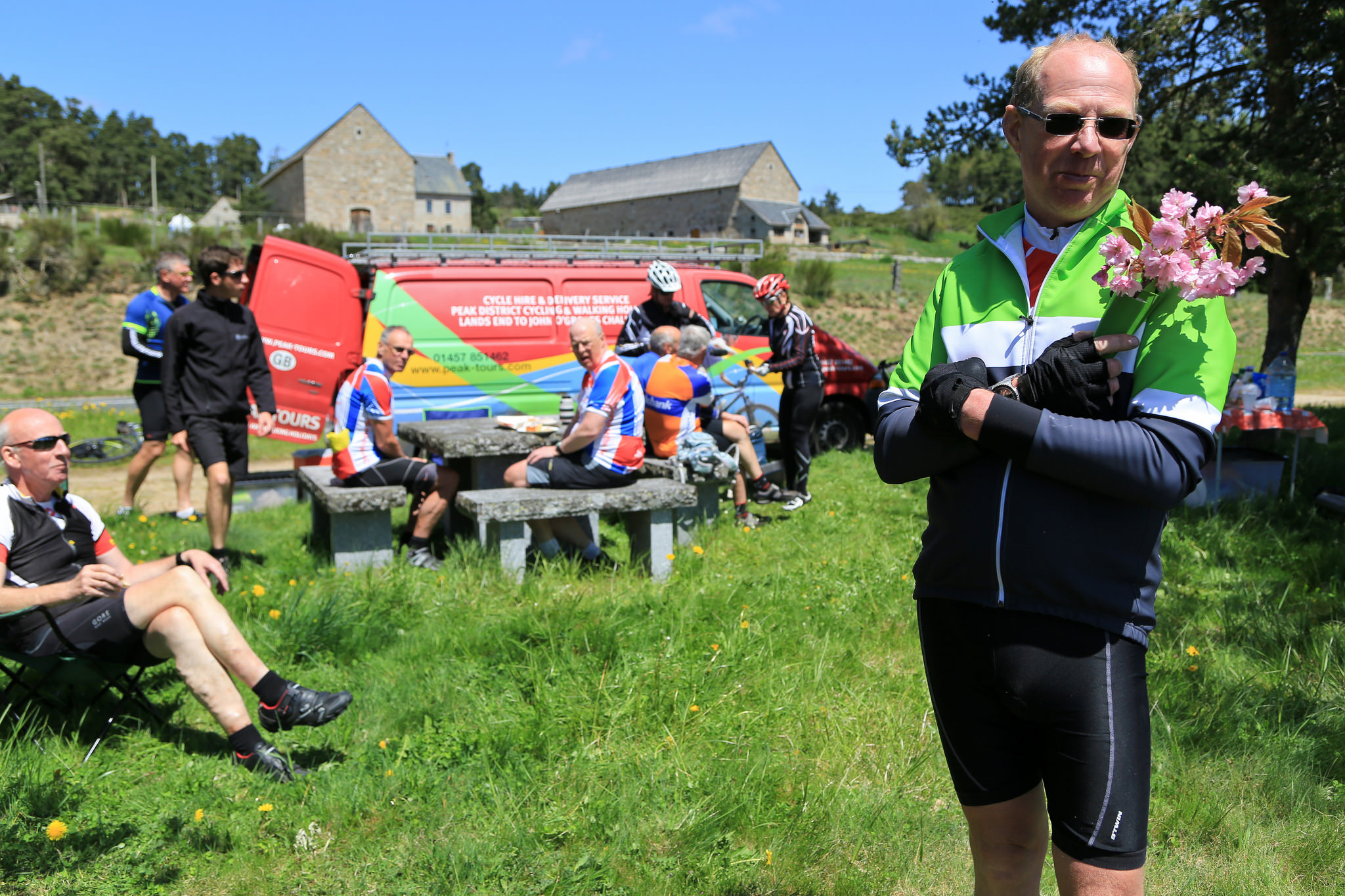 Paul is from Liverpool but now lives in the Yorkshire Dales. He is an avid cyclist and outdoor enthusiast and regularly uses one of his bikes to commute into work, do a club time trial or do a some cycle touring in the UK or abroad. He has cycled in Africa and across Europe and always has some plan on the go for another trip somewhere – at the moment, it is across the Middle East or America. 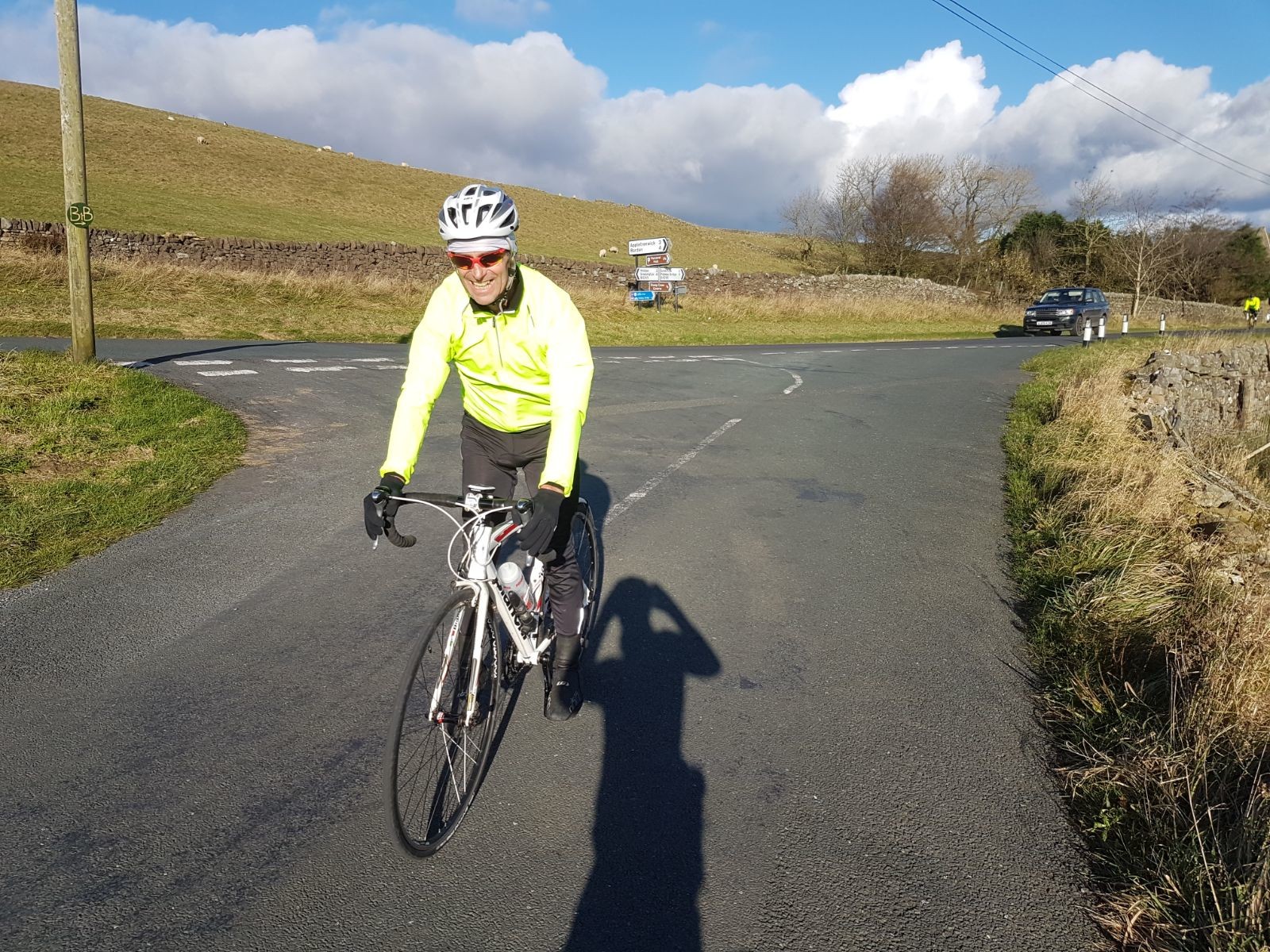 Throughout Mike’s cycling adventures he has explored both home and abroad regions within several cycling disciplines since he was a young boy. He has recently returned from living in Greece for 8 months leading guided road and mountain tours throughout the West Mainland where he acquired his nickname ‘Bike Mike’. Mountain Biking is his main domain and he regularly enjoys riding round the local Peak District surrounding his home town of Sheffield. 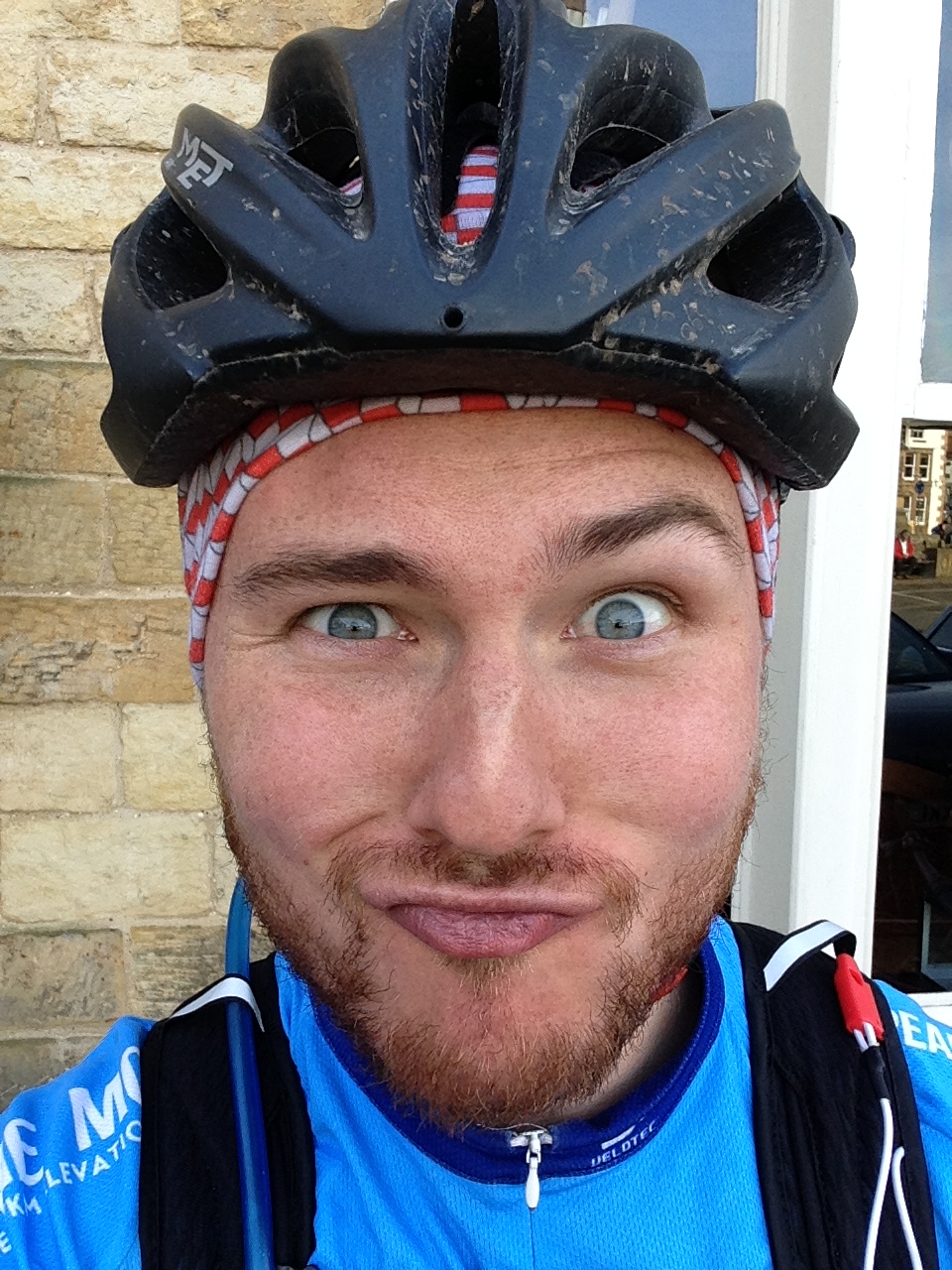 My cycling bug started initially with a number of charity rides with work colleagues such as Sea to Sea, Dawn till Dusk, and the iconic long distance ride in the UK –Lands End to John O’Groats (both ways!), Sheffield to Paris via London, Netherlands, Denmark and Germany.

As a result of jumping off the corporate merry go round I now have time to do the bigger cycling adventures and go further afield; Perth to Sydney; Christchurch to Auckland, NZ; Trans America Crossing; along with several trips through Europe including the French Alps to climb the biggest of the great Tour’s cols as well as regular trips to Southern Spain and Majorca.

Cycling is such a great way to explore and experience the world and meet new people. It’s hard work (sometimes) but the laughs I’ve had along the way and the stories shared over a cuppa and bacon butty and the odd pint have been memorable. Some of the best times I’ve had have been on a bike supporting groups on what for many can be a life changing experience. I can’t wait for the next tour to start and look forward to seeing you on one soon. 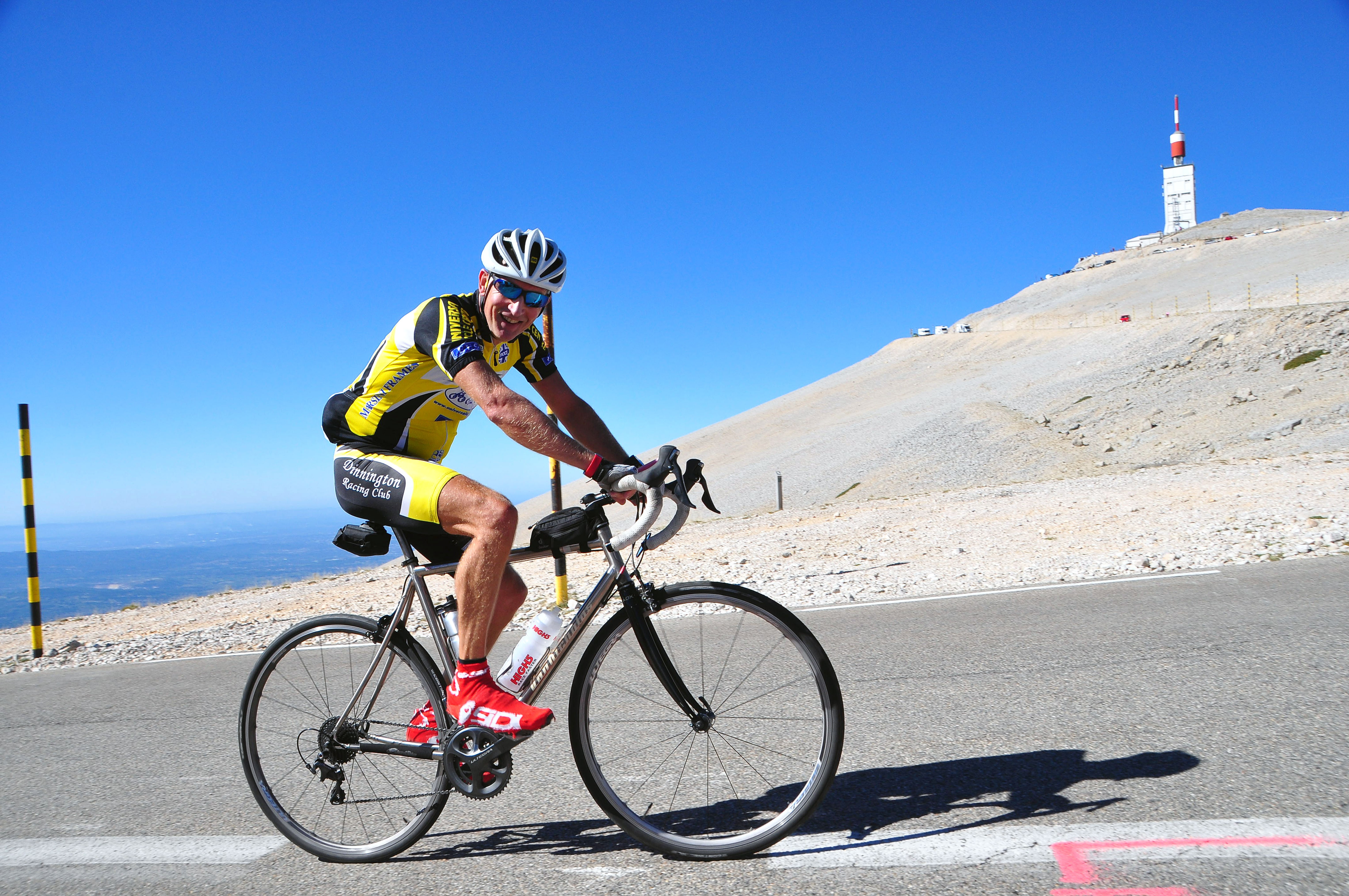 I discovered the joys of cycling later in life and as for many years I enjoyed hill walking and alpine climbing. However, this all changed when I was asked to get involved in a charity bike ride in 2011. Little did I know that I had signed up to do probably the most iconic long distance ride in the UK –John O’Groats to Lands End and I’ve been hooked ever since.

I have completed many cycling tours throughout the UK and across the globe including – Transamerica Trail, London to Paris, Perth to Sydney, and the Transcontinental Race in 2017.

I love being a cycling tour leader – I get to meet some fantastic people, ride my bike (a lot) and of course eat lots of cake! 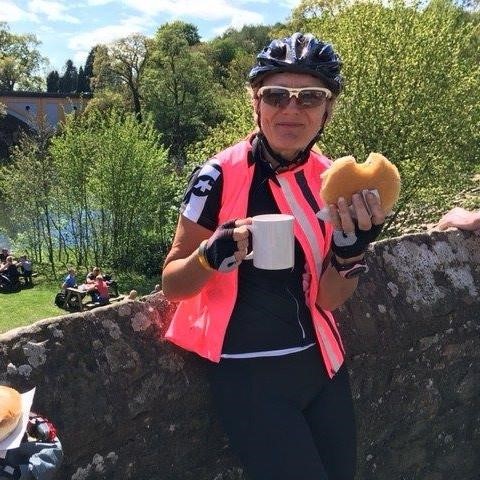 Hi my name is Mike, age 65, married with 3 adult children. I am a recently retired cabinet maker. My main hobbies are walking, motorcycling, most sports, especially rugby, and travel. 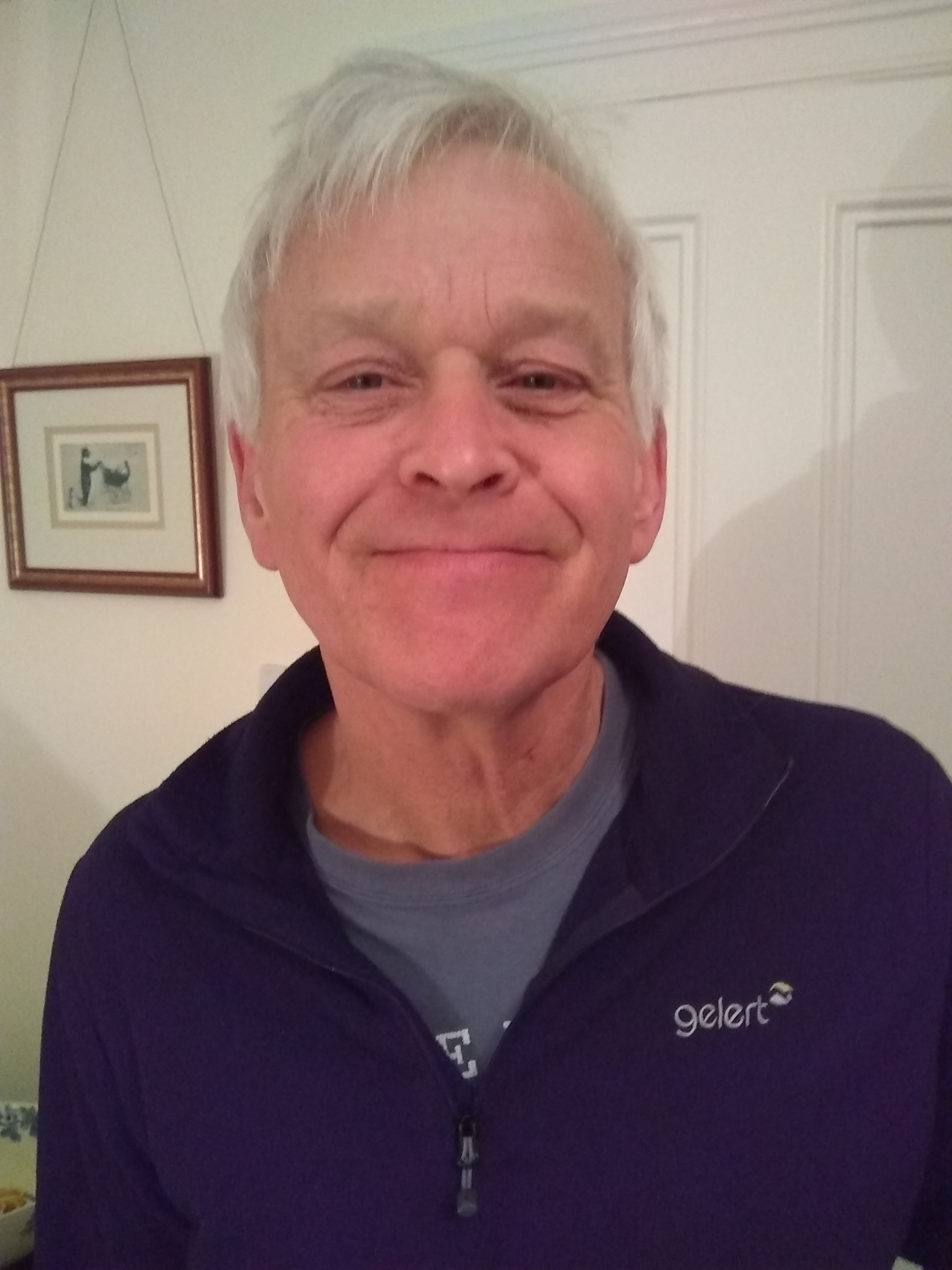 I am a keen cyclist and in particular enjoy sportive and touring cycling. I have lead many tours over the years and enjoy the camaraderie that comes with  cycle tours. 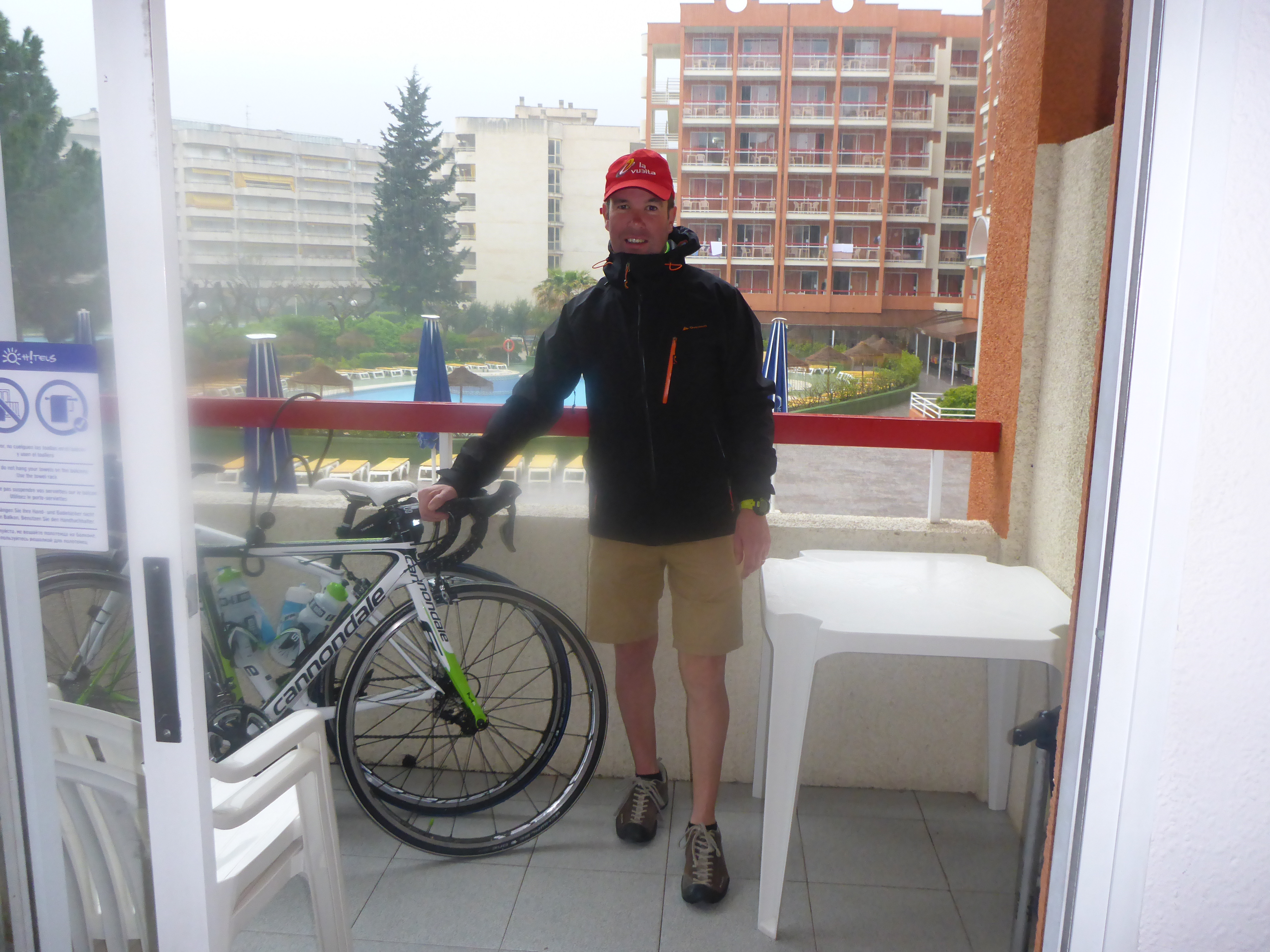 Next »
« Previous
We use cookies to ensure that we give you the best experience on our website. If you continue to use this site we will assume that you are happy with it.OkRead more