The first group of our intrepid 10 day Lejoggers have set off from Land’s End and are currently making their way north!

The start of the 2022 season is drawing ever nearer…!

Who are Peak Tours?

Peak Tours was established by Steve Coackley in 2007. Born and bred in the High Peak or Dark Peak area of the Peak District Steve has walked and cycled extensively throughout the Peak District for many years. Prior to setting up Peak Tours Steve cycled around the world on an unsupported trip along with three friends from Scotland, China & Australia. The journey took Steve through Europe, Russia, Kazakhstan, China, USA & Ireland covering 12,700 miles in eight months. All travel by land was by bike and the group carried everything they needed to be self sufficient. Apart from getting arrested in the Xinjang autonomous region of Western China on suspicion of being spies the tour was generally trouble free. On returning home Steve left his career in finance to work as a tour leader for the adventure travel company Explore Worldwide, leading walking & cycling tours in Turkey, China, India, Poland, Ukraine, Macedonia, Greece, Finland & Bulgaria.

After working with Explore, Steve founded Peak Tours which provided Cycling & Walking Holidays in the Peak District and also Cycle Hire in the Peak District. In 2010 Steve and his small team did their first Lands End to John o’Groats Cycle tour quickly followed by the Coast to Coast tour. Over the next few years they provided more and more LEJOG tours and also added the Way of the Roses route. They soon realised that people had such a good time on the LEJOG tours that they wanted similar holidays run in the same way and so the idea behind the Dover to Durness tour was born (opposite two corners to the LEJOG). In 2014 they ventured abroad and started the Moselle to Mozart Cycle in Germany & Austria and then in 2015 they started the extremely popular Channel to the Med tours from one end of France to the other. Each year they continue to research and add new tours to their repertoire and thoroughly enjoy meeting all the new people who join the Peak Tours caravan and also catching up with those long serving cyclists who keep coming back for more and have become good friends.

After working as a ‘one man band’ for many years Steve soon realised that he needed help with the running of the business and also needed more and more guides to lead the tours. Now with three full time staff and over thirty guides, Peak Tours continues to grow and there are many new tours in the pipeline so watch this space!

Peak Tours was established by Steve Coackley in 2007. Born and bred in the High Peak or Dark Peak area of the Peak District Steve has walked and cycled extensively throughout the Peak District for many years. Prior to setting up Peak Tours Steve cycled around the world on an unsupported trip along with three friends from Scotland, China & Australia. The journey took Steve through Europe, Russia, Kazakhstan, China, USA & Ireland covering 12,700 miles in eight months. All travel by land was by bike and the group carried everything they needed to be self sufficient. On returning home Steve left his career in finance to work as a tour leader for the adventure travel company Explore Worldwide, leading walking & cycling tours in Turkey, China, India, Poland, Ukraine, Macedonia, Greece, Finland & Bulgaria. After some half-hearted  globe trotting along the path of least resistance I decided that I probably wasn’t going to become an internationally renowned and respected singer/songwriter and so I decided to grow up and get a proper job. My childhood friend Steve was starting to do Lands End to John O’Groats trips and that seemed like yet another work dodge but unfortunately it turned out to be quite successful… 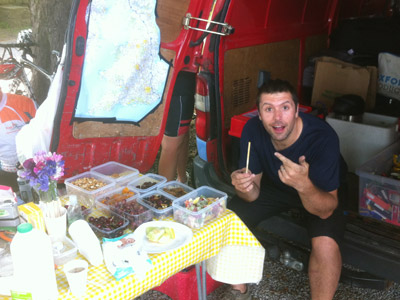 I’ve been working for Peak Tours since 2013 and since escaping a full-time teaching job I now spend my summers happily guiding groups from one end of the country to the other. I’m also a cycling instructor, mountain bike leader, bike mechanic and general cycling obsessive. Did I mention that I like riding bikes? 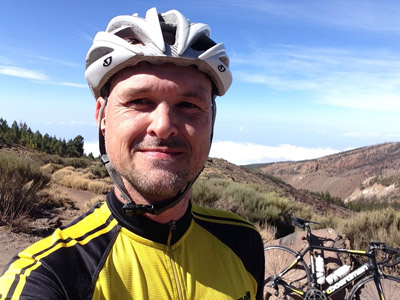 Trevor is married and has 3 grown up children. His day job is running a small charity in South West London, providing support to boys needing male mentor/father figures. He has completed a number of long-distance cycle journeys with his friends and family and recently became a National cycle instructor. 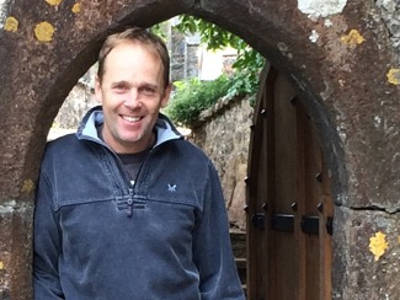 Niv is an Adventure guide with 20 years of experience. He has works as a mountaineer ,climbing, polar guiding, dog sledding, canoeing, caving, trekking  and most importantly as a cycling guide in many areas of the world. He looks forward to sharing his experience and will go the extra mile to help you succeed and enjoy your tour. 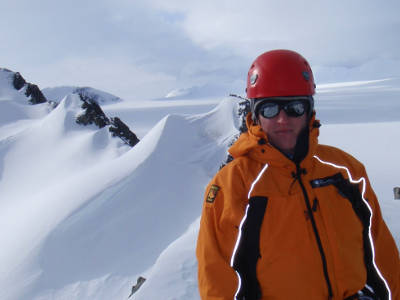 Jim served 33 years in the Royal Navy as an aircraft technician before working for Peak Tours, and wherever possible, he used this time to indulge his passion for travel and adventure. He has visited over 50 countries, from Borneo to Bolivia, and has no intention of stopping there. Although not a cyclist, he enjoys adventure sports including trekking, climbing and scuba diving. When he’s not travelling, he enjoys fitting uPVC windows to listed buildings 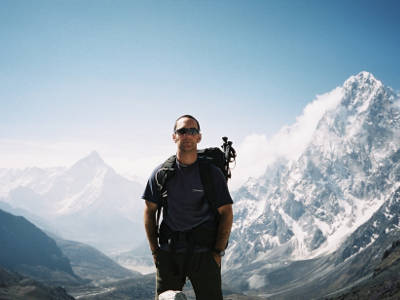 Hi I’m Johnny..I completed a Lejog in 2012 as a customer of Peak Tours. I was fortunate enough to be offered the opportunity to be a guide with this expanding and friendly company.

In the past three years, I have completed eight Lejogs, one Dover to Cape Wrath tour and one Channel to Med French trip.

I have completed a Cytech Home Mechanics Course. 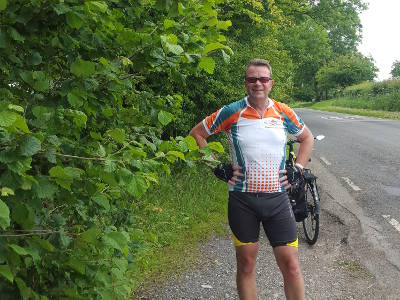 Phil is 41 and lives in the heart of the Peak District with his wife and young son. He has worked in the outdoor education industry for nearly 20 years, in outdoor centres up and down the country and for a youth charity in Edinburgh.

Phil has found his calling recently as a full-time dad and house husband. However he has an expensive bike habit to fund, so occasionally he is allowed out to guide for Peak Tours and to work as a freelance instructor around the Peak. 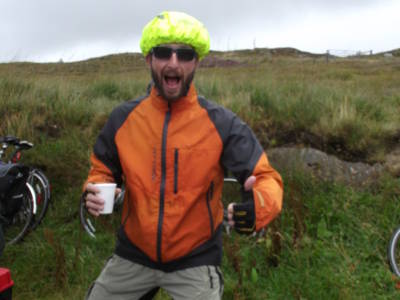 Former Roller derby player, horse rider and so much more. Life for me has never been a bore. Backpacking; Peru, Bolivia, Chile & New Zealand to mention a few

Now a fully qualified CYTECH bike mechanic & Mountain Bike Guide, my Road bike & Mountain bike are forever by my side!

A wanderlust at heart, adventure seeker too, Bring on the adventure, bring on the delight. I look forward to our Peak Tours Adventure to take flight! 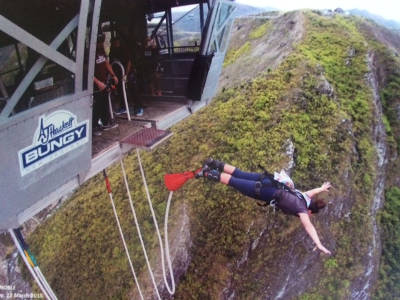 I became involved with Peak Tours thanks to a good friend of mine, I help out with the logistics of the tours and I take pleasure in supporting the cyclists and making sure that their tea break is going to be just what they need to keep on going. As well as the obvious food, drink, I believe that offering encouragement and fun are just as important. Being bilingual is a great asset for all aspects of my role.

I live in the South West of France, where I was born, but have spent 15 wonderful years in the North West of England, in Mossley near Saddleworth. I came back to France a few years ago but I miss the North West and visit my friends there regularly.

Although cycling is fairly new to me, I regularly go hiking and camping in the Pyrenees. In the winter I go skiing and snowshoeing. When I lived in Mossley I trad climbed and hiked. 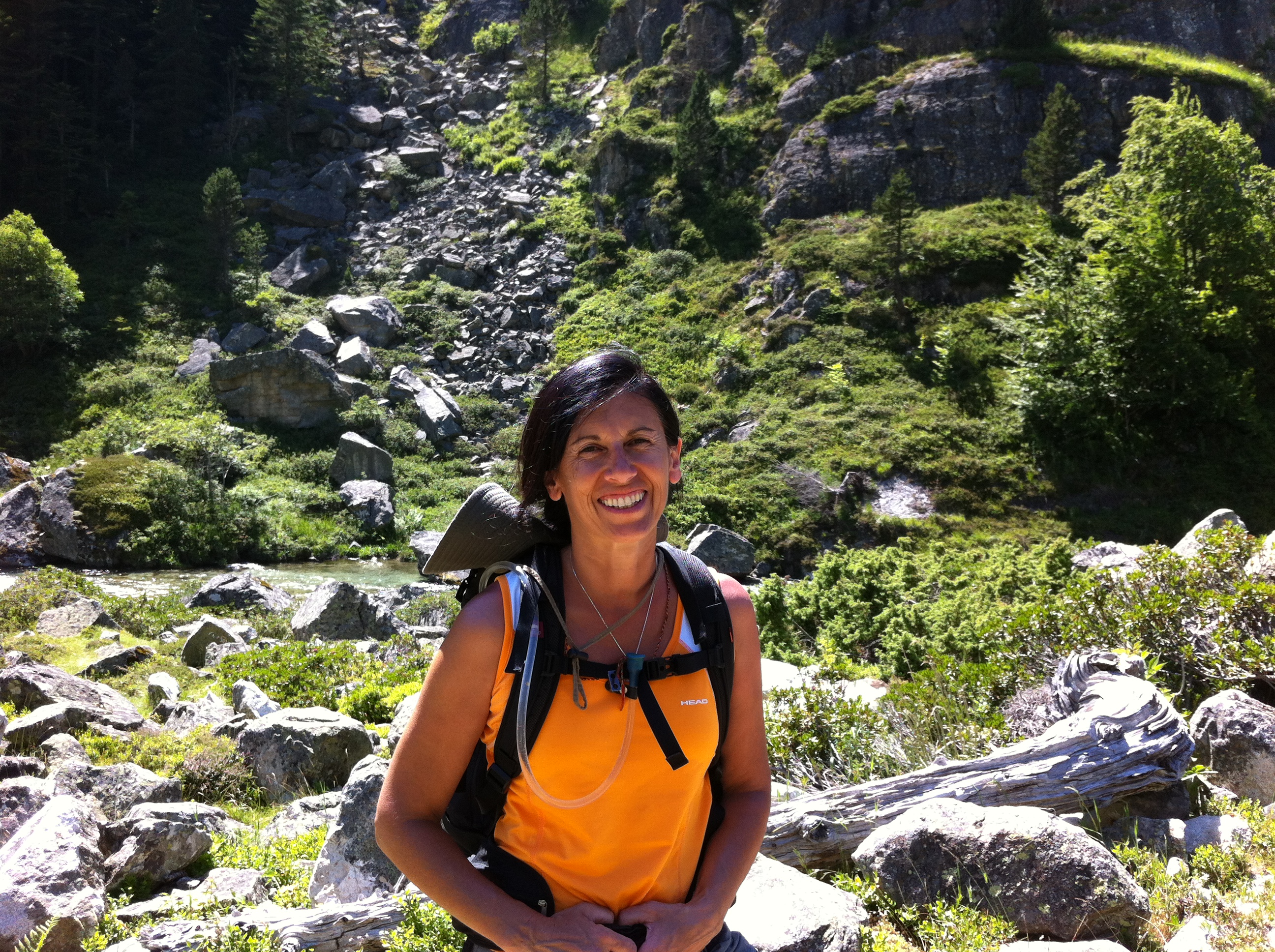